Confessions of a Rejected Author 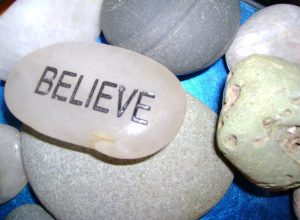 We are told that if we pray hard enough … long enough … that you will get what your heart desires. Added to that is the phrase “if it is a Godly desire”. I’m fairly sure this is a cultural teaching, but that is not the point. The point is, we pray, expecting to get what we pray for. The “God is a vending machine” mentality. This idea goes hand in hand with the idea of God making us prosper. That we will have a happy life with no issues, other than where to spend our money, because he has made us so prosperous.

Somewhere in all of this, the idea that we are tested and that the enemy attacks us is lost. Maybe because we don’t want to hear it, or maybe because, too often, the bible verses “Ask and it will be give to you, seek and you will find, knock and the door will be opened to you.” (Matthew 7:8) and “Therefore I tell you, whatever you ask for in prayer, believe that you have received it, and it will be yours.” (Mark 11:24), are taken out of context and used as a one shot to bolster the spirits of Christians and non-Christians alike.

If you actually read further in Matthew 7, you will see that Jesus is actually talking about being given what is GOOD for us by our heavenly Father. “Which of you, if his son asks for bread will give him a stone? Or if he asks for a fish, will give him a snake? If you, then, though you are evil, know how to give good gifts to your children, how much more will your Father in heaven give good gifts to those who ask him.” (Matthew 7:9-11)

The verse in Mark is taken out of context as well. If you read several verses before this one, you find out that Jesus curses a fig tree and the next morning, Peter expressed amazement that the curse Jesus spoke came to be. It is there we find the meaning of this story. “Have faith in God,” Jesus answered. (Mark 11:22) Simple, precise, and to the point. This verse is not telling you that YOU demand of God, but instead, trust that God’s promises and God’s will will be carried out.

Does that mean we shouldn’t pray for what we desire?

Of course it doesn’t. But if you ask people if they got every desire of their heart, the answer is going to be no.

But doesn’t that mean it wasn’t a Godly desire?

Not necessarily. I prayed long and hard that my son would be healed and get to come home with us a happy, healthy, and normal little boy. I even took comfort in the idea that Godly desires are granted. It took our family preacher at the time telling me that just because I prayed, doesn’t mean I would get it. As much as I didn’t like to hear it then, I am SO grateful he spoke that truth into my soul at that time. Because when I DIDN’T get the desired answer from God, I didn’t lose faith. I kept the knowledge that God’s will doesn’t necessarily translate directly into what I want. But I also don’t believe that my desire was not put there by God. I fully believe that He, as our loving Father, would never want that type of pain to be given to one of his children.

I had a Godly desire, but God still said no. I do not have all the answers to the “why” behind it. And the day I finally do, I don’t think it will matter, since I will be with God and all of my lost babies.

Prayer will not always give you what you want. Sometimes, there is a “no” answer. And that is okay.

At the end of 2015, I submitted my first story to be considered for publication. (It was my “first” in terms of it was more than the rough draft. I actually worked on refining it and having others read it to help me fix big mistakes.) It was part of a contest and I was nervous and excited. I hoped I would win, but told myself I didn’t hold out much hope. (That was a lie to myself…I’m working on that!) But I would pray. I prayed long and hard some nights for God to let me win the contest and my my story be one of the five chosen. I even went as far as laying out why I wanted to win. (I realized later that this was only half the truth … but more on that in a bit.)

So February of 2016 came around, and I saw a post that made it seem like the winners had already been notified and I hadn’t been contacted. I was devastated. I felt like the best I could give wasn’t good enough and there is no way God intended for me to write because I wanted to win so bad. I didn’t do much other writing in February, telling myself I needed the time to recoup from my disappointment. I had really given up on myself at that time.

Towards the end of February, hoping for something I missed, I re-read the blog post that I THOUGHT said the winners had already been notified. I read and re-read the wording of a certain part and realized that I had been initially mistaken. The winners didn’t know who they were yet. There was still hope! But I still had about a week and half of anxious waiting before I would know for sure. The wait was going to do me in!

I prayed again that I would win the contest. But this time, I focused on a part of the prayer I had missed when I was praying in January…I prayed that God’s will be done. I was a lot calmer and a lot more focused on the fact that with all the entries in the contest, the chances of me winning was slim (there were only 5 winners of who knows how many … but it was more than 100).

So March 1 came along, and I read the announcement page. Sure enough, my name wasn’t listed as the five winners. Nor was it listed in the 5 runner ups. I was disappointed, but this time, I started thinking of the why.

Why was my desperate desire not granted. I had a Godly reason behind it. I wanted my story to touch and impact a person positively. So if I had a good reason, why was there a no.

I did a lot of soul searching the days after I saw the announcement. I finally realized that me wanting to impact the people who read my story was only part of the reason I wanted to win.

If I won, my story would be published, and I could figuratively thumb my nose at all those people who told me I couldn’t do it (even myself).

If I won, I would get money and my name in print … on a real life published book, published through a publisher that, while small, was an actual publisher that gave out rejections. This publisher is not a vanity press! It is the real deal!

If I won, I would be able to go to my library and tell them, “Hey I have a story that is going to be published.” I would have my name out there!

None of these reasons are inherently “bad” reasons (except for maybe the first one that hits a little too close to pride…). But they are all reasons that I lied to myself about. I’m sure there are other reasons I’m still keeping from myself, too.

My point with this, though, is to say that even though I prayed and had a good desire…a desire that, I believe, was placed there by God, it wasn’t my only desire. I would venture to say that it probably wasn’t even my STRONGEST desire.

I’m sure, like my prayer of healing for my son, there are multiple reasons why God said “no” to me having my story win, I think I’ve figured out a few.

One reason is I needed to learn a bit of humility. We all do, but I was so caught up on what I would do or say when I finally got published, that I started to think of myself as better than others. I spent some time reading other stories that were similar to mine after I submitted my story. “Mine was better than that one,” was a strong thought I had in the three months between when I submitted the story and when the winners were announced.

Another reason is I needed to look deep into my own reasoning and my own thoughts as to the “why” behind my desires. I only spoke of my “other” desires to, really, my husband. I kept them well hidden from myself most of the time and tried to “hide” them from God (that never works because He always knows …). If anyone would have asked me my reasons behind wanting to win, I would have whipped out my “I want to impact someone who reads my story” excuse.

If I had won, I would have never thought on my other reasons. I would have been prideful and arrogant and would have pushed my agendas, without much thought to the reason I told everyone about.

God answers prayers. I have seen it happen. I have witnessed it happening. But sometimes, the answer is “no.” We can’t ever know the full extent of the reason behind the no, but there is a reason. And we need to maintain our faith and belief that not only does God want to give us what we ask for, but he wants us to actually have better than we ask for. And this means, sometimes, He has to say “no.” 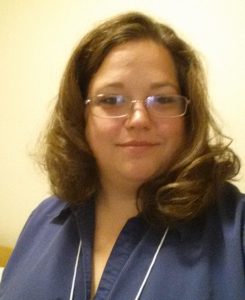 Jill Fortriede is a stay-at-home-mom and future homeschooler. She has three beautiful girls here on Earth and three babies in heaven. She loves fairy tales, Narnia, and most things speculative.