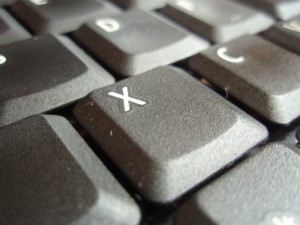 I’ve finally made the transition from summer to school, from conference planning to conference prep, from business to writing . . . In other words, it’s been completely crazy around here. And the craziness will continue at least through next week, which is when I will attend ACFW in Dallas.

So, I saw that one of my friends was publishing her 3rd book in a YA speculative trilogy. I had no idea that she had even published the first 2, much less that they were spec in nature. Excited to learn this, I bought the first book–and devoured it in 2 days. I bought the 2nd, and then the 3rd. I finished all 3 in about a week. I won’t tell you much about them, but I will suggest that you check out The Gifting Series by K.E. Ganshert, starting with The Gifting.

There are some exciting things going on in my business world. If you’ve been following my blog or social media, you already know that I have a book coming out next month–you can see the cover and blurb here. I’m super excited to share the first part of this 5-part mini-series with you.

We’re officially into our new school year. The girls have been so excited as we’ve been studying the early Native Americans as we are into the early American History. They’re particularly excited for me to get back from ACFW so we can start our astronomy course and the typing software. So cute!

We decided to try the whole homeschool co-op thing this year, after a year-long break. The girls are taking a sign-language class and one called 50 States. Connor is taking a 2-part class where they study different countries around the world. Yesterday was their first day, and they had a lot of fun!

What did I do during this time? Worked on planning my book launch!

In June, I had KY Christian Writers Conference. In August, it was Realm Makers–a conference for speculative fiction writers who are Christian. And this month, I’m headed to the American Christian Fiction Writers conference. For the first 2, I was on the planning committee and did a lot of working during the conference for both. I’m excited to head to ACFW where I can kick back and hobknob, maybe learn a thing or 2.

What have you been reading lately? Which ones would you recommend to fellow readers?