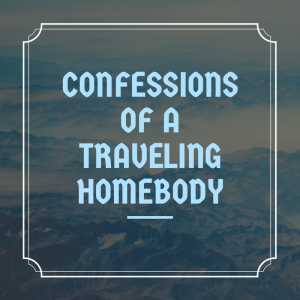 Sometimes, when you get married, you don’t always realize everything you’re getting yourself into. Fifteen years into it, it can still be amazing to think about all the changes you’ve done since you married your beloved.

Take me, for instance.

If you met me as a teenager, you’d have seen someone friendly, but perfectly happy at home—a bit of a recluse even. No partying, no real close friends. And other than a week long trip to New York City I took myself on at the tender age of 17, no real traveling.

At 19, I met the man I’d end up marrying. Little did I know what I was getting myself into when I said “I do.”

While we have some similarities, our differences are obvious. He cannot comprehend how I can stay at home for days on end, leaving only for grocery shopping, doctors appointments, and church. How I’m perfectly content doing so, even.

He likes being outdoors. While I don’t mind it, I totally have days in every season where I may not venture outside, whether the weather is pleasant or not for the faint of heart.

The homebody thing has come back to bite me.

Have you ever heard the phrase that someone is happy to have traveled?

My husband, you see, likes to go on trips. They can be short trips—an afternoon jaunt to a nearby lake or state park. Or they can be pack your bags, get a cooler and the kids’ meds, we’re going to go cross seven states. Okay, maybe not seven states. We live in the Midwest. Just crossing our home state of Kansas is an all day journey!

I’m usually grumbling—especially if these are spontaneous trips. I don’t enjoy a ton of spontaneity, even though I’ve been married to my husband for 15 years and should be used to it by now. I have things to do. Books to write. Books to read. Things I’d rather do than listen to our kids fight in the backseat. And he gets annoyed if I plug in my earbuds and ignore everyone, or even just read for the whole trip! Although he’s starting to be a little more understanding about me writing at the same time as we’re going down the road—as long as I’m not the one driving.

But once we’re in the car and a couple hundred miles away from home, I relax a little. I try to enjoy the views…even if it’s of boring western Kansas. I-70 is not the most scenic highway out there, especially crossing Kansas west of Salina. That part can’t be helped.

Our favorite destinations are the mountains of Colorado and the Missouri Ozarks. My husband took me to see the mountains—and my first national parks—shortly after we were engaged. I should’ve known then what I was getting myself into. But I really had no clue.

If he had his way, we’d be gone every other weekend. And if it weren’t for obligations as homeowners, I’d probably let him. I don’t necessarily like the process of traveling. Sitting in a car for 12-plus hours a day? More than once I’ve told him I want a Star Trek teleporter for the simple fact I could sleep in my own bed and actually sleep. Yeah, a big reason I don’t like traveling is because my insomnia kicks into high gear. Hard to enjoy your trip when you can’t sleep.

But occasionally, we’ll hit the hotel jackpot and it doesn’t have a weird smell, it’s not loud or bright, and the bed is close enough to my own that I can sleep. (Usually these are Hampton Inn’s…)

Still, it’s hard not to be relieved when the trip winds down, no matter where we’ve gone or what we’ve seen or done. To be on the way home. Relief washes over me when I hit my home county, turn onto my street, and finally turn into my oasis.

It never looked so good!

Now, if you’ll excuse me, I need to go find the suitcases and the coolers. And darn it, where did I leave my maps? 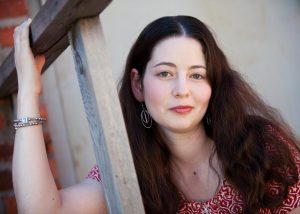 A country girl at heart, Liberty Speidel feels the most at home in the wide open spaces of her native Kansas and neighboring Colorado. But her laptop is rarely far away as her favorite places are wherever her stories take her. When she’s away from her work, she’s frequently exploring new recipes, crocheting something useful, or getting dirt under her fingernails. A coffee, Earl Grey tea, and dark chocolate addict, she resides in beautiful northeast Kansas with her husband, children, and a spoiled-rotten chocolate Labrador. Liberty is also the founder and producer of Lasers, Dragons, and Keyboards Podcast. 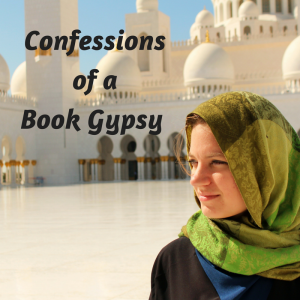 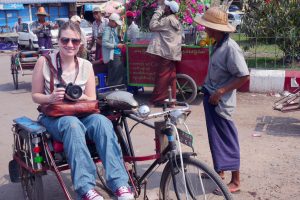 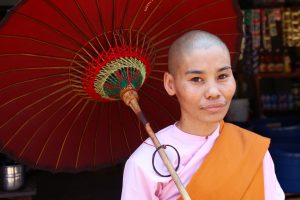 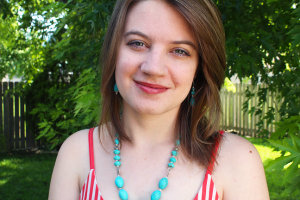