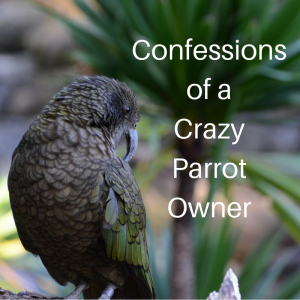 When I was 15, I went with my folks to get fish for my brother’s fish tank. Fish are interesting, but I’m not a terrific fan. You can’t do much more than sit and watch them and clean up after them. That amused Belle, my parents’ mostly cocker spaniel, who’d sit and watch the tank for hours. Literally. Even when it was fish-free. Not much fun for me.

While we were at the pet store, my folks and brother went look at the fish while I stopped to chat it up with a couple cockatiels. They were cute little critters. One, the typical gray color, was chattier than the other, a yellow and gray splotchy one.

The pet store had them on consignment from someone who needed to rehome them, so the owner was game to give my folks a good deal on the cockies and the cage they were in. When we left, I had my first two parrots. I named the gray one Sijon after a character in a story I was writing and the yellow-and-gray one Lockheed because she could fly incredibly well.

Since then, I’ve had a third cockatiel, a pearl named Spot; two pionuses, a white cap named Johnny and a dusky named Tiercel; and my current goofball, a Timneh African grey named Masika.

Parrots are all at once a terrific amount of fun and a bit of a drag to keep.

They’re chatty. Each of my parrots, to varying degrees, liked to whistle, chirp, imitate sounds, or even talk to me. One, Johnny, even showed signs of understanding exactly what he was saying. When he saw me doing something new, he’d ask, “Whatcha doin’?” He’d keep asking until I answered him, and then he’d never ask again if I were doing that activity. Another, Sijon, tried to teach me stuff. He was a wolf-whistler. If he started wolf-whistling and I answered with anything but another wolf-whistle, he’d stare at me, then whistle very slowly until I “got it right.” Then he’d resume normal speed.

Parrots are also amazingly clever. Masika can undo quicklinks, bolts, screws, latches, and dog-clip closures. Not even a problem. She is Houdini with feathers. I have to padlock her cage to keep her from taking some of it apart. Once, she even moved one of her toy from the top of the cage to a perch halfway down. Johnny figured out how to get my attention when he was scared by something. He had a particular screech that he used only when spooked. Spot figured out that if she bounced against the door of the cage enough times, the door would flop open and she and the other cockies could escape.

Unfortunately, keeping parrots can be a bit of a drag.

They have no concept of “sleep in.” Sijon and Freebie were up with the sun. Johnny was quiet until he heard me moving around even if I got up in the middle of the night. Masika has no concept of “night time.” That, I assume, comes from living some indeterminate time in a dark warehouse. Two in the morning is not inappropriate for bell-ringing, in her humble opinion. This was problematic when she and I shared a room.

Finding bird sitters is tough if I need to leave town for a while. Most people aren’t too keen on getting close to even a small bird beak, and boarding at a vet is often not an available option.

Birds are also a terrific mess. Every bird I’ve had could mess up an area in a 10-foot radius from the cage. Cleaning up after them is like taking care of a tantrum-prone toddler.

Surprisingly, I have learned a lot about writing from my parrots.

I’ve built some alien characters around my birds’ personalities, particularly when it comes to humans trying to communicate with the aliens. Birds communicate with posturing, vocalizations, and micro-expressions. Although there have been some similarities, each bird had a unique “accent” to the way they communicated with me. Whether it was Johnny’s call for help, Sijon’s world-class hiss, or Masika fluffing up, I learned how to read each particular parrot and birds in general.

The couple times I’ve tried to use speech-to-text software have been a bust because Masika or Johnny started making ruckus at inopportune moments. (I did come up with some fun non-human names that way, though. Dragon attempted to translate a squawk into letters.)

Owning parrots also showed me that all members of the same group do not necessarily act the same. No two birds were alike, even within the same species. Each parrot had a unique personality. Sijon was the straight man in the comedy troupe. If he had a sense of humor, he never showed it. Lockheed was very motherly. She was the gentlest bird I have ever had. Even when she was upset or defending a “nest,” she never did any damage. Spot was the adventurer. If there had been an avian version of X Games, she would have taken top marks every time. Spot did crazy things like spelunking in my purse (and emptying it out in the process) and purposely walking off the edge of the cage. She didn’t start flapping her wings until she was halfway to the ground.

Johnny was a protector. We worked together in a pet store for a while. If someone was picking on one of the birds, Johnny would do his special “help!” screech until one of the workers arrived to stop the gooberhead. He also tried to protect me from my abusive ex by flying off his cage or off my arm and attacking my ex.

Tiercel was a grouch until after I rehomed him. I’m not a fan of rehoming pets, but in his case, that was the best thing. He was clearly unhappy with me. His new owner has assured me that he’s doing much better now. He’s much calmer and happier. His new owner loves him easily as much as I did, so I’m happy for them both.

Masika is very wary. There is cause. She is a rescue bird, whose history we can track back 30 years. No idea how much older she is than that, but she was rescued from a warehouse where she’d been left after the pet store she’d been in was shut down. Getting her to trust me even a little has taken most of a decade, and there are still more days than not when she isn’t very friendly.

Using my birds as examples showed me that you can have huge variation even within a close group.

Owning a parrot isn’t for everyone. There are some real challenges about owning birds, even down to silly things like what kind of cookware, cleaners, and air fresheners you use. For me, though, owning parrots has been the best. I’d have a flock, but they deserve individual attention and my current one, Masika, is territorial. Just me and she until one of us passes away. 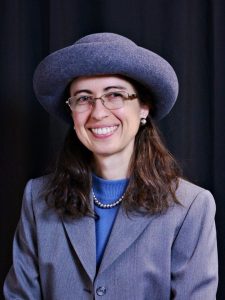 After hatching years ago in a land very far away, Cindy tried to hide under a secret identity, but she finally gave that up and started openly telling people she was an alien capable of adopting many forms. To her surprise, with the exception of one class of elementary students, no one believed her. They assumed she was joking, thereby giving her the perfect cover story.

She spent 14 years mutating the minds of four-footers – that’s height, not leg count – but gave that up to study the methodology needed to mutate the minds of adult humans. In her off time, she writes about her adventures under the guise of telling science fiction and fantasy stories, records her blog articles, and reads wonderful books in exchange for editing help.