The Ivy and the Shears (by Peggy Trotter) 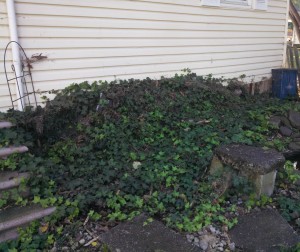 I once bought a lovely little plant. A vine, really. It was quite small, but beautiful. I kept the ivy inside for a few months and it didn’t do very well.  I started to wondering if it would grow outside. I thought of how wonderful it would be if it would grow along the house in the landscaping and how attractive that would be.

So I took it outside, the feeble thing, with much hope. I found a great place beside the house and planted it, and watered it. Directly it wilted. Hmmm. Apparently it was too feeble to handle being outside.  But I shrugged and continued watering it for several days.

The plant’s gorgeous triangular leaves didn’t perk up in the next week.  It drooped and looked worse than ever. So, I planted another one, the variegated type. If one was going to die, the first just as well have company.

I’ll admit, it was touch and go for the first season.  I determined it wasn’t the outdoorsy kind of ivy, but some kind of gentle houseplant kind of variety. But the next year, it had taken off, sending runners here and there.  I was ecstatic! The shiny leaves grew thick and vibrant. The ivy soon covered the entire area I had planned for it. And more. Then it’s hungry creepers began to covet the house’s foundation. No, no. I cut it away. I just wanted it to grow along the ground.

Nope. Soon I was back into my busy schedule and didn’t give it the attention I needed to. Now the foundation is covered, and the greedy ivy stretches toward the siding. And more ground. And around the bushes. And flowers.

I whack it away, but since it is such a fine grower now, I plant the cuttings in another spot. Now, some fifteen years later, I’m inundated with ivy. Trust me, it’s not the gentle houseplant kind of ivy. It’s the invading, eat your house kind of ivy.

In my heart there’s a runner. It waits deep and silent. And when I’m wronged it starts to grow. Feeble at first. Justified. I water it with my own discontentment and anger. The creepers aren’t satisfied with just a small area. No, it invades my storehouse of love and forgiveness. It’s not a gentle type of the houseplant variety that is satisfied with a small bit of sunshine and tepid temperatures.  No. It’s the parasitic kind that sucks the life out of its host.

This ivy in my heart begins to wrap around every vestige of my heart attacking further and further toward my soul. I whack at it occasionally, but it’s aggressively determined, and I realize I cannot do this alone. Can . . .not. That ivy, bitterness, will win.

I go to the only source I know that can defeat any enemy. The Scriptures.

Let all bitterness, and wrath, and anger, and clamour, and evil speaking, be put away from you, with all malice: And be ye kind one to another, tenderhearted, forgiving one another, even as God for Christ’s sake hath forgiven you. (Ephesians 4:31-32 KJV)

It’s not exactly the magic cure I thought it would be. I look some more. I study, I read. There had to be some kind of thing to actually do. I was looking more for a step by step procedure to completely yank bitterness from continuing to grow and flourish. I love step by step instructions.

Then I realize, you just stop. You actually put it away and stop obsessing over it. Instead you turn to kindness, tenderheartedness, and forgiveness. Simply, put away. Done. Caput.

I can’t say I always do this “putting away” thing with much success. It’s much more difficult that it appears. And that wicked ivy often springs up, vibrant and covetous. Perhaps you’ve been in the bitter barn hothouse as well? After all, “your adversary the devil, as a roaring lion, walketh about, seeking whom he may devour.”  I Peter 5:8b (KJV) And every time I think in my head. Okay, fine, but who is stronger? God or the Devil? Oh, yes. God is stronger. And once more I clip that creeper, day by day, one after another. I pray you do too.

Great. Someone just jabbed me on Facebook. Again. Grrr. Sigh. Hand me the pruning shears. 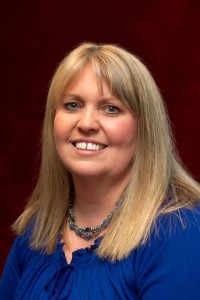 Peggy Trotter has been writing something for over 30 years. The empty-nest syndrome set her to groping for a new direction, and wow, did God answer! Year of Jubilee, a Christian Historical Romance set in southern Indiana, debuted in April of 2015 through Prism Book Group. A second, a Contemporary Romance entitled, Reviving Jules, just released on Oct. 9th, 2015 as well. She loves to reveal God’s miracles through the world’s underdogs and mix in a little love, a dash of romantic heat, and of course, a happy ending. 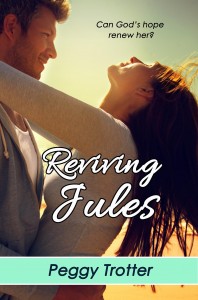 Inspirational Category, and won the coveted Genesis Award in 2014 from the American Christian Fiction Writers (ACFW) in the Novella Category with her entry, Spun, a Historical Romance.

God blessed her with a wonderful husband who cooks and helps clean while supporting her crazy dreams. She has two incredible grown kids plus two fabulous in-law kids, and two rays of sunshine, commonly called grandchildren. Seldom does she stand still, but when she does, it’s to praise her Lord and Savior, Jesus Christ, Creator of all gifts and Bestower of all blessings!