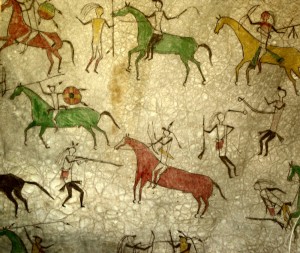 Every writer is trying to tell a story.

From long before mankind knew how to write, they were telling stories. Stories to teach, stories to entertain, stories to make the world feel a little bit smaller–or a whole lot bigger. Stories are the way humans relate to one another.

Story-telling has changed over the years. Families and friends used to pass down stories by word-of-mouth, from generation to generation. Then cultures began to develop ways of writing these stories down from cave paintings to hieroglyphics and eventually on to the modern written language.

Storytellers began to share those stories with people beyond those closest to them. The art began to change. Stories were written on scrolls and then large bound books. Scribes painstakingly copied page after page of stories.

With the invention of the printing press (between 1440-1450), stories garnered an even bigger audience as books were made more readily available. And still, technology continued to change, making it easier for stories to be shared with those around the world.

In recent years, we’ve gone from enjoying the feel of a hardback book in our hands, turning pages as we greedily consume each story to the age of digital books. An entire library that fits in the palms of our hands.

Storytelling has changed over the years, but our spirit has not. Mankind still has the desire (whether they would admit it or not) to hear stories, to learn from stories, to be touched by the life of another. And, as writers, it is our job to meet that need. 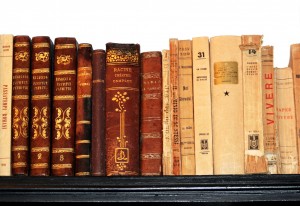 Writers craft stories that reach to the heart. While they hold the power to manipulate and cause change with the power of words, they take that responsibility seriously, instead challenging humanity to be the best that it can be, even in the face of the atrocities it is also capable of committing. Writers show the good, the bad, and the ugly–but they also provide hope and promise.