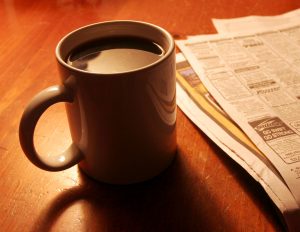 When I decided to plunge into the work of novel writing, one of the first things I did was take stock of how those already in the business did things. I scoured websites, stalked social media sites, lurked inside launch parties, and otherwise gathered as much information as I could. I knew that writing a book was one thing, but connecting with readers and generating a following was something entirely different.

As I was writing specifically in the realm of Christian speculative fiction, I focused on those authors … and as time went on, I became aware of a general trend. The majority of the writers were women, as were their readers, and there was often a strong human connection between the two groups. In fact, in some cases their reader base was so devoted that there were entire Facebook groups devoted just to reading the author’s book and then talking about it with the author.

All of these things are absolutely fantastic. These authors have done a sensational job of bonding with their readers, cultivating community, and building on that to create cheerleaders for their (very good) books. It’s an awesome snowball effect to behold, and I’m excited for what they’ve been able to do, in some cases in a relatively short period of time.

(I’m an INTJ, for those of your Myers-Briggs people keeping score at home.)

It’s not just a stereotype to say that women are a major force in the world of fiction; in a recent story, Christianity Today confirmed statistically what most of us have observed anecdotally. Women read more than men, gather to talk about reading more than men (i.e. book clubs), and hone in on Christian fiction more than men. Of course, there are men who are successful in both the broader category of fiction and the more specific realm of Christian speculative fiction (including a few men with my own publisher, Enclave), so I know can be done.

Figuring out, for me, how to get there has been a process. Part of that process has determining where I fit in. How do I connect with readership? How do I, as a science fiction writer, build bridges with both male and female readers? How do I push the door open so that those readers will take a chance on my writing? Most importantly, how do I accomplish all of this while still staying authentic to who I am – as a thinking introvert in a business that seems to revolve around human connections?

The good news for me is that, slowly but surely, I’ve been working through the answers. I’ve been blessed with a core of great people who have helped me through the process, from beta readers to launch team. Many of them (including my wife and my editor) have helped stretch my writing in ways that helps balance my thinking, plot-oriented nature with the nuances of personal relationships and character development.

As a result, I’ve had wonderful people – men and women – from all walks of life who have taken a risk on my writing and given me humbling comments. Some of them are sci-fi fans from outside Christian fiction altogether; others are readers of some of the same dazzling authors I talked about earlier. And as I continue to write more short stories and novels in my debut series, I’m ever hopeful that I’ll continue to find new doors to sail through.

Relationships, torpedoes, and all. 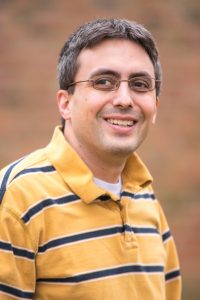 Joshua was raised on science fiction television and film before being introduced, in his teenage years, to the wider universe of science fiction literature. In addition to his daily work teaching American history and American government, he is an occasional writer on a variety of topics, including video games and parenting.

His debut novel, Edge of Oblivion, released with Enclave Publishing (now Gilead Publishing) in April 2016. Joshua lives in St. Louis, Missouri, with his wife, Rachael, their two daughters, and a highly xenophobic cat.

He can be found online at www.joshuaajohnston.com. 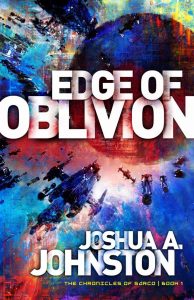